Placed in the southeast of Brazil, the most industrialized region of the country, UFMG, a free-of-charge public educational institution, is the oldest university in the state of Minas Gerais. It was founded in September 7th 1927 by the name of University of Minas Gerais (UMG). Nearly one hundred years later the institution is the national leader when it comes to education, university extension, culture, scientific research and patent generation in several fields of knowledge.

Its community gathers around seventy-two thousand people in the cities of Belo Horizonte, Montes Claros, Diamantina and Tiradentes, distributed in seventy-seven undergraduate courses, 80 post-graduation programs and more than 900 research centers. In 2016, UFMG reached 1056 patent registrations granting it a leading position among the country’s higher education institutions.

The university also offers distance education, structured in graduate, specialization, improvement and updating levels. These courses are present in twenty-four cities, all over the state.

Since the creation of UFMG, its students have exerted major influence in the cultural, political and economic spectrums of society, acting as trainers of the intelligentsia, of the arts and science, as well as having a seat in the management of different companies and various entities from the state and the country. 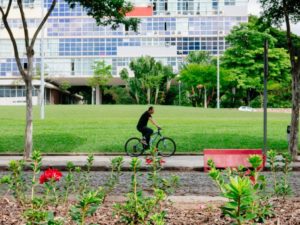